October M.I.A.C. Athletes of the Month 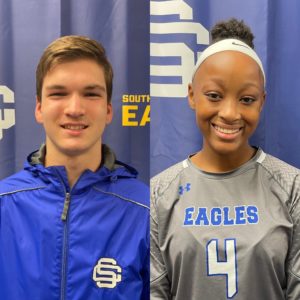 Donnan has been the number one runner for the Eagles all season having medaled in 7 invitationals.  He ran his personal best time of 18:07 on October 5 at the 2nd MIAC Jamboree of the season held at Spencer Park to finish 3rd overall.  Donnan has also earned MIAC 2nd team All-Conference Honors this season.

Webber has been a consistent stat-sheet-stuffer for the Eagles this season helping lead the team to a 5-1 MIAC Red Conference record in October.  During the month she recorded season highs in kills (20 vs. Parkway Christian), digs (14 vs. Lakes), and aces (8 vs. Westland.  Webber is a 3-sport athlete for the Eagles also playing basketball and soccer.  Next year she is committed to Schoolcraft College for soccer. 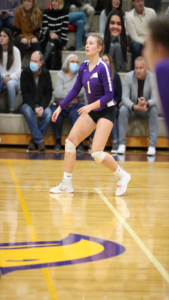 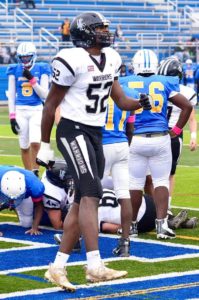 Saige has had a great month helping the Varsity Volleyball team secure a 10-0 record in conference play with her play as an outside hitter and in her serving! Great job Saige!

Chibi earned 1st Team All-Conference for the Football team, playing extremely well on both sides of the ball! He recently was noticed by the local paper for his play and is now getting attention for college coaches in the area. Chibi helped lead the football team to an 8-2 record, earning their first conference title in school history! 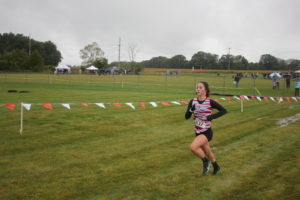 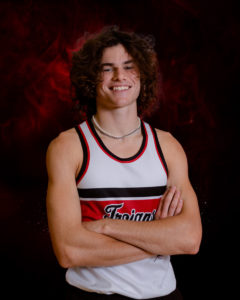 Natalie started the month off at the Stockbridge invitational where she earned the #6 fastest girls time in school history. 20:14.  While doing so she paced the girls team to a First place finish at the invitational.  She also ended the month just as she started.  At the MIAC Championships, she set a new PR running 20:09 and climbed to the #5 fastest girls time in school history.  At the meet she also earned First Team all-conference honors. On October 29th, Natalie placed first at the Regional while helping her team win the Regional Championship.

Cole has really had a strong month in October.  He has started the month out winning the MIAC Jamboree #2 with a new PR time of 17:36.  He followed it up with a sub 18 run at Apples to Apples invitational in St. Johns.  Just this last week he set a new PR at the MIAC championships, 17:34, while pacing the boys team to win the league title.  It was a clean sweep as they won all three Jamborees and Cole earned First team all-conference honors.   Cole placed 7th overall at the Regional helping his team finish second and qualify for the state meet.

In the Month of October Erika was 3rd at the 21 Legends Classic, 12th at the Wayne Country Championships, earning all Country honors, won her third consecutive MIAC cross country championship and won the Larry Steeb Invite. She is currently ranked first in region 36 and 7th in D4 state. 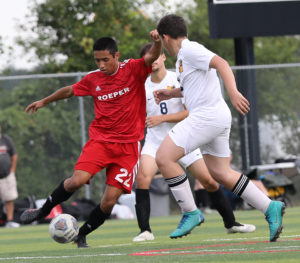 Aiden led the MIAC Blue division in scoring this year with 13 goals and 5 assists.  He continued to shine outside of the conference and ended the season with 25 goals and 9 assists.  Aiden was selected to the first team MIAC  and the all district team.  All Region and All State teams have yet to be announced. 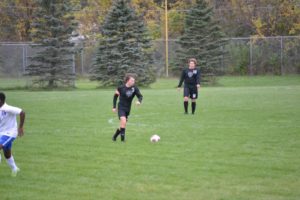 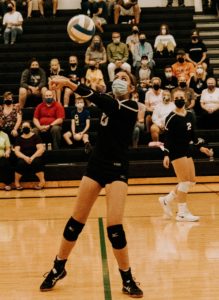 Ethan contributed 11 goals and 7 assists on the season on his way to an all conference selection. Ethan also served as team captain. 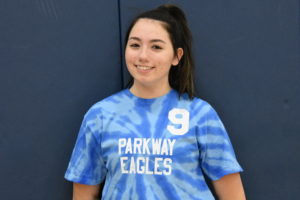 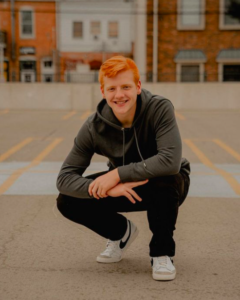 Hadley has been a member of Parkway’s Volleyball program for three years and a starter on varsity for two years.  She is a leader both on and off the court. She displays sportsmanship to both her teammates and her opponents.

Nathan has been a four year starter of the Varsity Soccer Team.  As an upperclassman Nathan has continuously grown in his leadership skills and his own work ethic.