September M.I.A.C. Athletes of the Month

During the month of September, Nathan has rushed for 532 yards and 7 touchdowns. On defense, he has recorded 60 tackles including 6 tackles for a loss, a forced fumble, and 2 sacks. 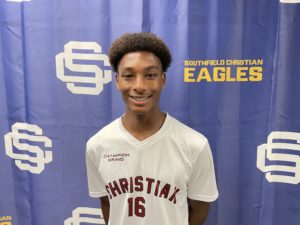 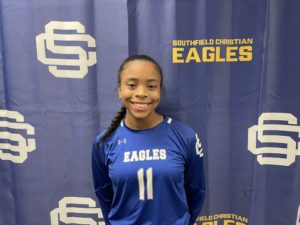 Matt has helped the soccer team go 6-2-1 in the month of September by leading the team in goals with 16 to go along with 3 assists.  He has had 4 hattricks during the run and has twice scored 4 goals in game when the team defeated Allen Park Cabrini and Parkway Christian.  Webber is quickly climbing the school record books for goals scored in a season.

Kendyll has helped the Eagles volleyball team to a 4-1 start in MIAC Red Conference play.  She has led the team at the net by averaging a team high 12 kills a game in the 5 matches along with leading the team in blocks.  Martin had a season high 18 kills in the Eagles victory of Lutheran Westland earlier this month. 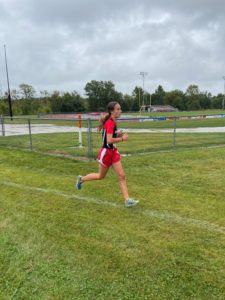 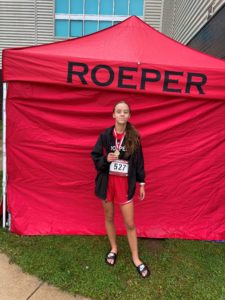 Natalie Gibbs has had a tremendous start to her Freshman year in Cross Country.  In her last two races Gibbs has placed 3rd. The first time was at our first MIAC League Jamboree with a time of 21:27.  The next race was at the Whitmore Lake Invite against 70 other runners with a time of 21:54 in sloppy wet conditions.  Natalie has gotten stronger in every race she competes in and still has another month to continue her success.  To monitor her success, please see athletic.net 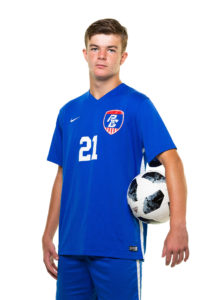 Evan has been a four year member of the Soccer and Football teams.  He exemplifies Servant-Leadership and the idea of putting the needs of the team above his own.  His determination to improve his teammates and himself is easily seen at practices and during games. 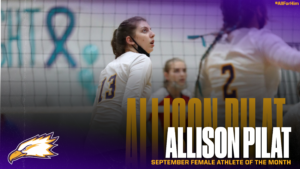 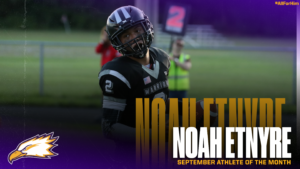 Allison has been amazing this year with 48 kills and tremendous serve percentage.  Her skills have lead the Eagles to a 14-3-1 overall record and a undefeated 4-0 Conference record.   After a strong freshman campaign, Allie has really come along to be a dominant force at the net this year as a sophomore. Great job Allie!

Noah has been on a tear this month, the quarterback is leading the Lutheran Westland football program. Here are the stats through September: 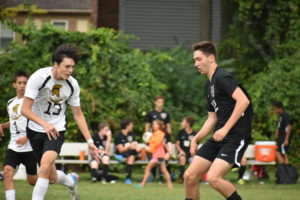 Senior Captain Jack Beeskow  has had an excellent month of September on the soccer field.  Jack has shown great leadership both on and off the field.  He has also led the offensive attack, tallying 9 goals in the month of September for the Hawks.

Thomas has been our top boys runner in every one of our 6 races this season, with his best finishes being a 2nd at the Concordia Inv., 2nd at Oakland Christian Small School Inv., 6th at Holly Inv., and 2nd at the first MIAC Jamboree.

Michaela has been the leading cross country runner at the girls meets, with recent finishes of 15th at the Oakland Christian Meet, 10th at Holly Meet, and 11th at the first MIAC Jamboree on 9/21 at Nankin Mills. 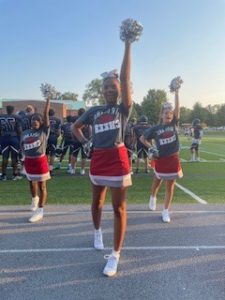 Ashtyn is a young leader on the team who remains focused and driven. She continues to push herself in advancing her tumbling skills. She also has excelled in stunting as a back spot this season. Ashtyn is a quick learner who always knows performance material!