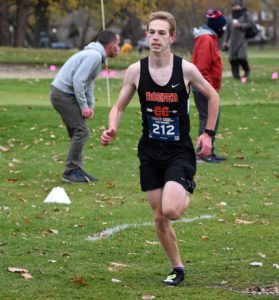 Will Hoover, Senior, Cross Country, The Roeper School
In the month of October, Will has placed first in the second MIAC Conference race located at Whitmore Lake with a time of 17:55. Will also finished first in the MIAC Championship racer, hosted by Oakland Christian. Will ran a time of 17:59 and outpaced the next closest opponent by nearly 30 seconds. Will continued his winning streak at the Pre-Regional and the Regional race. This was the first time of Will’s career accomplishing this task. He has been checking off the boxes of his goals as a cross country runner. Congratulations on a stellar career and an amazing month of October to end your senior year. Will is looking forward to leading the first Roeper Team to qualify for States in school history. 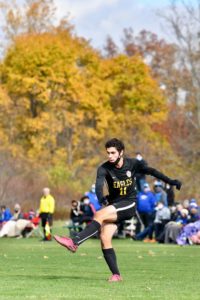 Nik Scott was named the MIAC MVP for Boys Soccer and had an incredible end to the season with a strong performance against SMCC in the District Semi-Final. Way to go Nik! 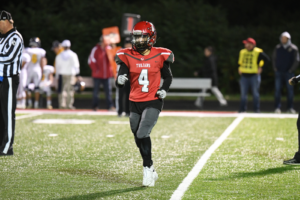 Sean Brian is the consummate team player. We have asked him to do EVERYTHING on our team. He is on every special team unit as well as starting on both sides of the ball. Not only does he not leave the field he excels at each of these positions as you can see from the stats below. Sean Brian also helps tutor the younger players at their position in an effort to strengthen his team which will help meet season goals like winning our league championship as we did last week. Sean Brian is a wonderful young man, player, teammate and big brother as demonstrated when he coaches up his brother Eli who is a freshman on our team. Month of October stats for three games: 12 Carries 268 Yards (22 average), 3 TDs, 1 kick return TD, 2 catches 55 yards 1 TD, 1 int., 1 TFL, 8 tackles, 2 fumble recoveries and1 onside kick recovery. 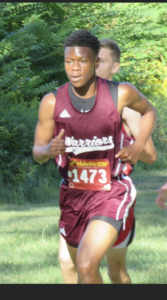 Dennis Wilson, Sophomore, Cross Country, Novi Christian Academy
Dennis has taken on the lead roll his second season on the team. He has medaled at two meets and has also quickly moved up the ranks in the MIAC this year by finishing on the All-Conference second team. He followed up this accomplishment with an 8th place finish at the Pre-Regional at Webberville by setting his third personal record of the season. 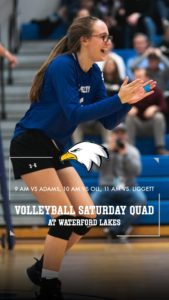 Juliana is a 3rd year varsity player and is currently leading the Lady Eagles in several statistical categories this year including kills. She led the team this month with 16 kills in their victory over Lutheran Westland and then she had a season high 19 kills in their win over Clarenceville. 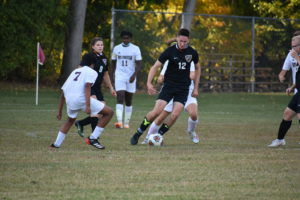 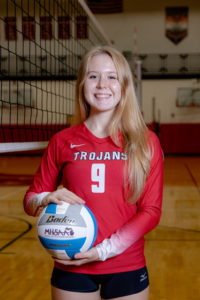 After starting the season as an outside hitter, she transitioned into the libero position with ease. She’s spent extra time in the gym throughout the season working on improving her skills. On and off the court, Abbey is a leader. She’s always early to practice and is typically one of the last ones to leave the court. In the top three players based on stats, Abbey is also a 4.0 student.